Cast
In the film we here stories of Matt, Krunoslav and Magdalena. These are three of the many hikers we spoke during our stays in the mountain huts. 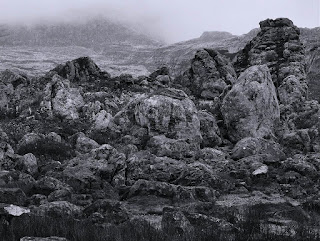 Joke Olthaar created with BERG her first long film. In 2013 she directed the music documentary Here is Harry Merry, which had succesful screenings at the Internationaal Filmfestival Rotterdam in that year and was called 'a true pearl'. Together with André Schreuders she directed the absurdistic short film Duet of three idiots. Joke has a rich experience as a children's theater maker. All her performances are about nature or in nature. For example, she creates a theater in nature on the Rotterdam's Brienenoordeiland under the name ‘n Bries

André Schreudersis a filmmaker and philosopher, who often carries the camera for his own films and is known for his poetic and personal view of reality. Previous films include: Along Chapel Road, From the heart of Odessa, the award winning filmessay Manifesto for a Free Fall and the short fiction Licht which was selected in Cannes' Diretor's Fortnight. André prefers to swim in a mountain lake of 7 degrees or colder.

seriousFilm (Marc Thelosen)is a Rotterdam producer with a special preference for artistic films and other special projects. They produced many successful festival films and television documentaries, including To Stay Alive - a method with Michel Houellebeque and Iggy Pop, the Origin of Creatures by visual artist Floris Kaayk, the hybrid film Feast which is part of IFFR Tiger competion 2021 and many of the films by André Schreuders. Marc has a fear of heights and is therefore the perfect first viewer of our footage.

Katarina Türler was born and raised in the mountain country (Switzerland). She makes many documentaries, feature films and art films. Famous titles she worked on: Farewell Paradise, Winter Silence, Love affair with ego and Matthews Laws. "I come to the mountains for as long as I can remember. First in a carry-on backpack on my father's back, then walking myself. Every Sunday morning we pulled out in our red Mini towards a hiking area. Sometimes I did not feel like it. "But every time we returned home after a day in the fresh air with a lot of movement and full of impressions, I was very happy."
Colorist
Reinier van Brummelen is a cinematographer, visual effects desinger and gaffer of many films for directors like Peter Greeneway, Ben Sombogaart and Simon Pummel. He directed To Stay Alive - a method with Michel Houellebeq and Iggy Pop.

Hugo Dijkstal designed and mixed the sound of many films ranging from audience films like She Believes in Me, Crazy, The Letter to the King, TV series like Hertenkamp, to artistic films like the mountain film Ascent by Fiona Tan or About Phenomena and Existences No.3 by André Schreuders. Hugo has a lot of experience in the mountains and making sound in mountain movies. He imagines the mountain: "The mountain is mythical."

Rutger Zuydervelt better known as Machinefabriek, has been making many albums under this name since 2004 and gives performances. Rutger is more common in the mountains of Kazakhstan and Uzbekistan. Zuydervelt's electronic music is often described as noise, ambient and / or electroacoustic music. Zuydervelt is also active as a soundtrack composer for film and dance. He often collaborates with other musicians such as Dirk Serries (BE), Ralph Steinbrüchel (SW), Gareth Davis (UK / NL), Michel Banabila, Roel Meelkop, Jaap Blonk, Dead Neanderthals and Tim Catlin (AU). For BERG, he collaborated with Cellist Peter Hollo.